How do Great Ideas Evolve? How to Embrace Innovation “The day before something is a breakthrough, it’s a crazy idea.” 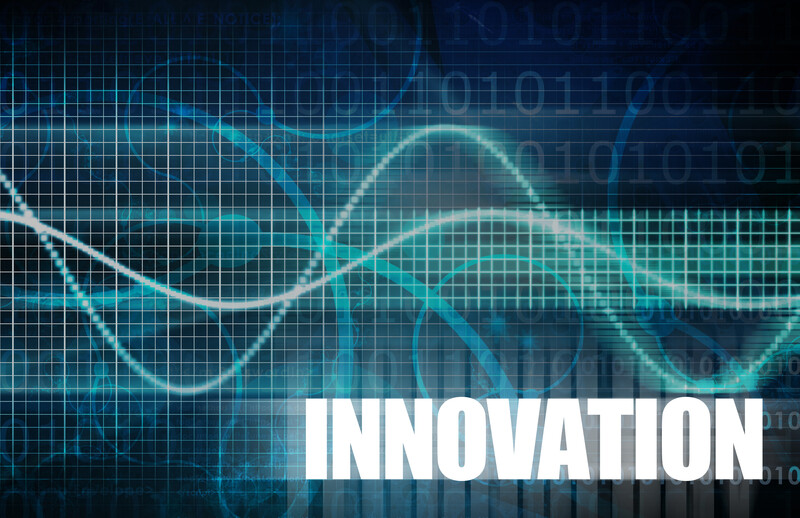 How do Great Ideas Evolve? How to Embrace Innovation “The day before something is a breakthrough, it’s a crazy idea.”

Are you afraid of failure? Most people are. Do you know why?

I truly believe this and it’s one of Peter’s Laws, but how do we know that it’s true?

It turns out that there’s a predictable process for the evolution of great and breakthrough ideas. Ideas that are revolutionary.

I learned about this process from Sir Arthur C. Clarke, inventor of the geostationary communication satellite and author of dozens of best-selling science-fiction books, including 2001: A Space Odyssey.

In the 1980’s and 1990’s I had the great honor to know Arthur C. Clarke, he was “Uncle Arthur” to me, Bob Richards, and Todd Hawley: the three co-Founders of International Space University.

In today’s blog, I’ll share a story that perfectly exemplifies this evolution: NASA project manager Tony Spear’s efforts to land an unmanned rover on Mars in the 1990s.

It’s a story about steadfast belief in a breakthrough idea and having the passion and persistence to pursue that idea—even in the face of risk and opposition from experts.

In short, it’s a story about entrepreneurship.

When Tony Spear was given the job of landing an unmanned rover on the Martian surface, he had no idea that Clarke’s three stages would be precisely his experience.

Over the next four decades, he worked on Missions from Mariner to Viking, but it was his final assignment, as project manager for the Mars Pathfinder, that he describes as his “greatest mission challenge ever.”

Spear’s assignment was to find a way to do everything that the previous mission had done, just faster, better, and cheaper.

And when I say cheaper, I mean a whole lot cheaper: fifteen times cheaper to be exact, for a fixed and total development cost of only $150 million.

That meant all the expensive, traditional, and proven stuff was out the window—including the types of retrorockets for landing that worked on the Viking Mission.

To pull this off under these seemingly impossible constraints, Spear and his team had to do everything differently: from how he managed the mission to how they landed.

As Spear recounts the story of those early days, “That really scared people. At NASA headquarters, I was assigned six different managers in rapid sequence—each of the first five found a different excuse to quit from the project. Finally, I was assigned someone about to retire who didn’t mind sticking with me at the end of his career. Even the NASA administrator, Daniel Goldin, nearly flipped out when he received his initial mission briefing—he couldn’t get past how many new things we were trying out.”

PHASE 2: “WELL, IT MIGHT WORK BUT IT’S NOT WORTH DOING”

Among the many things Spear tried out, nothing struck people as zanier than using airbags to cushion the initial impact, helping the craft bounce around like a beach ball on the Martian surface, before settling down into a safe landing spot.

But airbags were cheap, they wouldn’t contaminate their landing site with foreign chemicals, and Spear was certain that they would work.

The early tests, however, were a disaster, so the experts were summoned. The experts had a pair of opinions.

The first was: “Don’t use airbags.”

The second was: “No, we’re totally serious, don’t even consider using airbags.”

“Two of them,” recounts Spear, “told me flat out that I was wasting government money and should cancel the project. Finally, when they realized I wasn’t going to give up, they decided to dig in and help me.”

Together they tested more than a dozen designs, skidding them along a faux rocky Martian surface to see which would survive without shredding to pieces.

Finally, just eight months prior to launch, Spear and his team completed qualification testing of a design composed of twenty-four interconnected spheres, loaded it aboard the Pathfinder Mission, and launched it into space.

But the anxiety didn’t end there.

The trip to Mars took eight months, during which there was plenty of time to worry about the fate of the mission.

“In the weeks just prior to landing, everyone was very nervous, speculating whether we’d have a big splat when we arrived. Goldin himself was wondering what to do: Should he come to the JPL control room for the landing or not? Just a few days before our July 4th descent to the surface, the administrator took a bold tack, holding a press conference and proclaiming, ‘The Pathfinder Mission demonstrates a new way of doing business at NASA, and is a success whether or not we survive the landing.’ ”

The landing went exactly as planned.

They had spent one-fifteenth the cost of the Viking Mission, and everything worked perfectly—especially the airbags.

Spear was a hero.

Goldin was so impressed that he insisted airbags be used to land the next few Mars missions and was quoted as saying, “Tony Spear was a legendary project manager at JPL and helped make Mars Pathfinder the riveting success that it was.”

Arthur C. Clarke was a close friend and a mentor of mine.

And he was right: demonstrating great ideas involves a considerable amount of risk.

There will always be naysayers.

People will resist breakthrough ideas until the moment they’re accepted as the new norm.

Every breakthrough idea I’ve worked on, from the International Space University (ISU) to the $10M Ansari XPRIZE, has gone through these three phases where people ridiculed us and stood by the sidelines, only to eventually celebrate the successes.

“Revolutionary ideas come from nonsense. If an idea is truly a breakthrough, then the day before it was discovered, it must have been considered crazy or nonsense or both—otherwise it wouldn’t be a breakthrough.”

What crazy ideas and Moonshots are you pursuing?

Let’s work together and build your Moonshot innovation, schedule a call: www.calendly.com/clifflocks

Recent Blog Post: The Future is Faster Than You Think 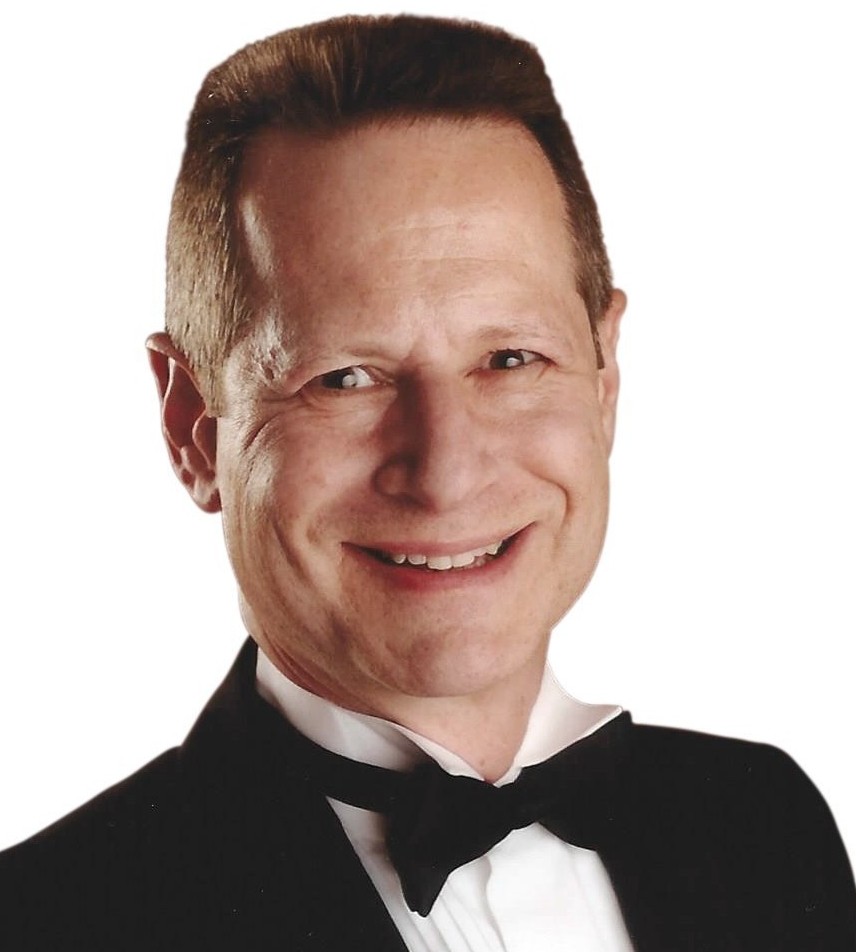 Cliff Locks is a trusted mentor, confidant, and advisor to CEOs, C-Level Exec, and high-potential employees to help them clarify goals, unlock their potential, and create actionable strategic plans.

Available to join your Board as a Certified Master Professional Board of Director and Advisor.

I am a trusted mentor, confidant, and advisor available by Zoom and by phone to be your right-hand man, who will make a significant contribution and impact on your way to success.

As a Trusted Mentor, Confidant, and Advisor, I support you, along with your company’s strategic and annual operating plan. This plan may include marketing, sales, product development, supply chain, hiring policies, compensation, benefits, performance management, and succession planning.

Most successful leaders enjoy talking to someone about their experiences, which is why most develop a close relationship with a Trusted Confidant—a person with whom they feel free to share their thoughts, concerns, and ideas without fear of sharing too much or being judged by the people they lead, or their colleagues and superiors. I am a sounding board who will help you to better develop and see your ideas through to fruition.

The most effective Executive find confidants who complement their strengths and sharpen their effectiveness. Bill Gates uses Steve Ballmer in this way; Warren Buffett turns to vice chairman Charlie Munger. In the end, both the Executive and their organizations benefit from these relationships.

As your trusted confidant, I am always by your side, holding your deepest secrets and never judging. Everything discussed is held in complete confidence.

What many executives feel is missing from their busy life is a trusted business person who understands the holistic complexity of both their business and personal life.

I strive to provide solid financial, business, and family expertise and serve as a dispassionate sounding board, a role I like to call “Executive Confidant.”

By holding a safe place for the Executive to work on life path issues as well as direction, I repeatedly see remarkable benefits as personal values become integrated with wealth and family decisions, enhancing a more meaningful life.

As an Executive Confidant, I welcome a confidential conversation about the most important issues facing the business leader, including:

When I do my job well, I facilitate positive action in both your professional and personal life. This consistently has a positive benefit on impacting people within the sphere of your influence.

The job of an Executive can be lonely. For various reasons, confiding in colleagues, company associates, family members, or friends presents complications. Powerful, successful, and wealthy individuals often isolate themselves as a protective reaction because of their inability to find people they can trust and confide in.

Successful people are often surrounded by many people, yet they insulate and isolate themselves to varying levels of degree. This isolation factor is not often discussed in the same context because the assumption is that success and wealth only solve problems. The false belief is that it does not create more problems, when, in fact, sometimes it creates a unique set of new challenges. Success and wealth do not insulate you from the same pitfalls that the everyday person faces. It may give you access to better solutions perhaps, and that is what I can help you achieve. Financial business success can create unique vulnerabilities, often overlooked as most people feel that the “problems” of the wealthy are not real-life problems.

The Executive Confidant can be particularly helpful when:

• Aligning life priorities with the responsibilities of wealth. • Wanting more meaning and purpose in life. • Desiring a candid and experienced perspective. • The answers often come from within, and we cannot arrive at them easily. • Clarity often comes into focus, with skilled questions and guided discovery. The right questions can be the first step in achieving ideal outcomes.

Who can you turn to when you need to find clarity? Who is your “Executive Confidant”?

Referrals to team members or family members are always welcome.

One-to-One – Individual payment: Strategic Coaching: $295 per month (weekly for 30 minutes to 1 hour depending on the depth of our conversation Zoom meeting).

Board of Directors or Board of Advisors: