The 5 Constants of Change Let’s Get You Prepared 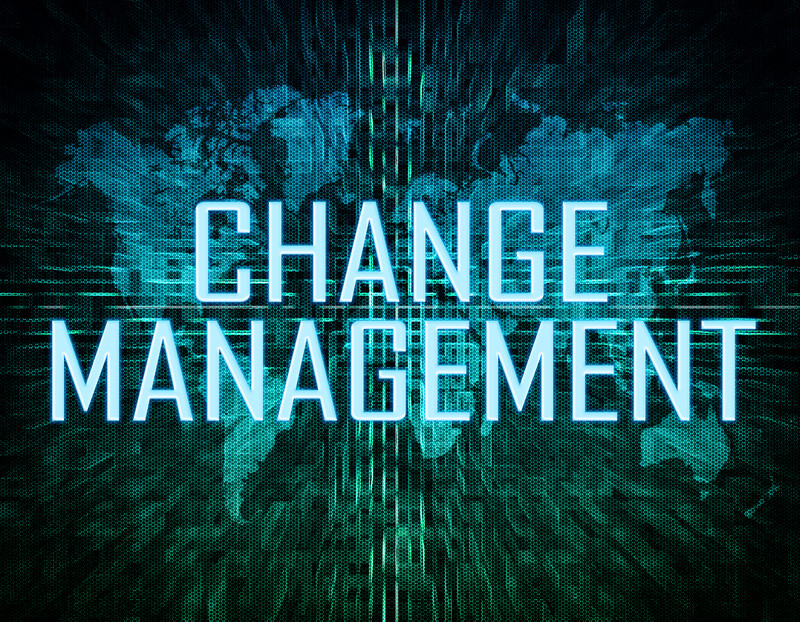 The 5 Constants of Change Let’s Get You Prepared

Leaders don’t know what kind of disruption is coming next — but they know it’s coming. Our experts discuss five mindsets that can help manage continuous change.

The problem: Amid unending change, leaders must find new ways to rise above the tumult resiliently.

Why it matters: Finding new ways to navigate change is critical to a leader’s ability to make decisions from the viewpoint of the entire enterprise ecosystem.

The solution: Use the five mindsets of an enterprise leader to foster consistency and continuity from entirely new perspectives.

COVID-19. Black lives matter. Supply chain disruption. The war in Ukraine. For corporate leaders, it has been a crisis-riddled last two years — and it’s not going to stop.

Whether it’s another health crisis, a natural disaster, or a controversial decision on an ESG initiative, enterprise leaders are sure to face challenges that have few clear choices in the years ahead. Kevin Cashman, global co-leader of CEO and Enterprise Leader Development at Korn Ferry, says the twin objectives of growing performance while simultaneously accelerating change, or as he calls it, “the agile oscillation between performing to transform,” is the biggest challenge leaders face today.

While leaders don’t know what kind of disruption is coming next, Cashman says they can develop mindsets that open us up, individually and collectively, to elevate across enterprise and ecosystem change. “Amid continuous change, leaders have to paradoxically find constants,” says Cashman. By opening up the mindsets of an enterprise leader, where decisions are made from the viewpoint of the entire organization and its extended network of stakeholders, Cashman says leaders can bring some clarity to the chaos change creates. “Leaders can’t control disruption, but mastering these mindsets can help them control their relationship to disruption,” he says.

Here are the five mindsets of an enterprise leader and how they can help manage change.

“Amid continuous change, leaders have to paradoxically find constants.”

The purpose is more than just an organization’s mission and values — it is the grounding that informs every decision the organization makes. Leaders with a purpose mindset can be more open, deliberate, and consistent in how they handle change. “Purpose is what elevates us,” says Cashman. As study after study shows, when employees who believe in an organization’s purpose and feel like it reflects their values have higher engagement, more motivation, and stay longer — all critical factors to navigating change.

Conversely, lacking purpose creates a big leadership gap, particularly in times of crisis. “Without purpose, you can still work your people hard but they won’t be inspired,” says Cashman. The other obstacle to developing a purpose mindset is that it requires leaders to transcend self-interest and serve something more important and enduring.

For leaders to harness the power of change, says Korn Ferry senior client partner Margie Warrell, they have to be willing to take a professional risk for the good of the entire enterprise. “Leaders who are willing to lay their pride and vulnerability on the line open up a whole new realm of possibility for bolder action and stronger outcomes,” she says.

Having a courageous mindset allows leaders to take risks that balance where the enterprise is now with where it wants to go. Courage is also contagious. “It ripples outward and emboldens others to think bigger and step up in braver ways,” says Warrell, adding that leaders who think and act courageously also help employees feel less anxious about change and embrace the new.

The challenge with developing a courageous mindset, however, is that leaders must risk falling short or losing out. Warrell points out that we’re neurologically wired to be twice as sensitive to potential losses as we are to potential gains. Fear of their reputations taking a hit or even losing their jobs or bonuses drives many leaders to protect what they have in the short term at the expense of enabling their enterprise to be more competitive in the longer term. In an environment of constant change, says Warrell, the tendency to “play not to lose” can ultimately make the organization less agile, less innovative, and less secure.

3  Awareness of Self and Other’s Mindset

Understanding what shapes attitudes, beliefs, and motivations can help leaders weed out unconscious or limiting biases in their decisions and actions. Leaders with a self-aware mindset seek out opinions and are willing to learn and be challenged. “Leaders with this mindset are more open to the collective intelligence of the group to maximize impact,” says Cashman. He says that kind of emotional fortitude spills out into the rest of the organization, helping transform cults of personality into cultures of teamwork and collaborative innovation.

The problem, of course, is that this mindset requires leaders to be comfortable letting others be deeply involved in creating the new and the different. It requires them to share control and instead be co-creators with the group.

“The tyranny of their previous success can often lead leaders to be blind to new ways of thinking.”

Most leaders figured out a while ago that they couldn’t figure out every challenge their organizations face on their own. The problem is they are still getting input from people who think just like them. Andrés Tapia, Korn Ferry’s global diversity and inclusion strategist, says that’s inadequate to drive the innovation businesses needed to compete with change today. “It’s one thing to have diversity,” says Tapia, “it’s another to leverage that diversity into insights that drive outcomes.”

Leveraging diversity into insights requires an inclusive mindset. The more leaders invite, listen, probe, and advocate for a diversity of backgrounds and voices in decision-making, the more they can see and address change from all sides and angles.

One of the biggest mental blocks preventing leaders from developing an inclusive mindset, however, is that they narrowly assume it will slow decisions down. While it’s true that it can at the beginning, “the ROI is faster and the decision-making is better as the team revels in its inclusion.” After all, leaders have historically been rewarded for their take-charge personas. “The tyranny of their previous success of driving toward decisions on their own can often lead leaders to be blind to new ways of thinking,” says Tapia.

In the context of change, integrative thinking enables leaders to connect what’s happening in one part of the enterprise with its impact across the entire enterprise ecosystem. That kind of holistic mindset is particularly critical given the current supply chain disruption and social, political, and environmental unrest.

Stu Crandell, a senior client partner and global leader of the CEO and executive assessment practice at Korn Ferry, says integrative thinking can help leaders see the whole picture rather than being blindsided by the impact of a decision after the fact. “It’s about maximizing an organization’s current business model while simultaneously building a new one to navigate change,” he says.

The problem is this kind of thinking goes against traditional leadership development, which has been oriented toward vertical, hierarchical, and siloed decision-making. “People learned how to lead their area,” says Crandell. Now, however, navigating change requires leaders to think not only across their entire organization but also its broader ecosystem of suppliers, customers, and other stakeholders.

Developing these mindsets is not easy, as it goes to the very core of leadership development. Many executives have one, two, or even three of these mindsets. But few have all of them — our research shows that less than 14% of executives today are enterprise leaders. That’s a very small number when juxtaposed against the 100% chance that another seismic change to the business environment is around the corner. Opening up these mindsets will make or break how leaders engage the next big disruption.

Recent Blog Post: What it takes to thrive in a more complicated global world – A Five-Step-Plan