7 Key Topics Leaders May Be Ignoring 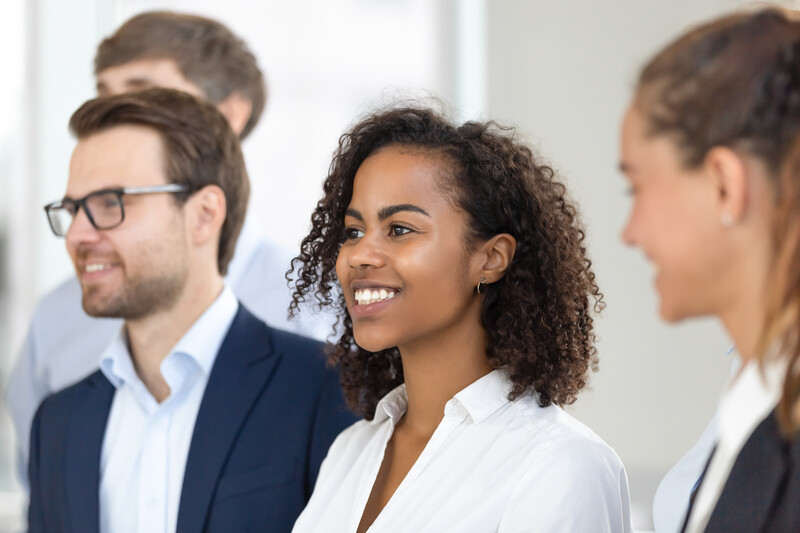 7 Key Topics Leaders May Be Ignoring

While it’s natural to fixate on inflation and a war, experts say leaders can’t drop the ball on key issues. A special report on the most critical leadership topics and challenges.

Two subjects currently dominate the headlines: inflation and war. It’s not hard to see why. Whether you’re a company in search of raw materials or a consumer seeking to buy a finished product, prices are rising at their fastest pace in forty years. At the same time, the death and destruction in Eastern Europe means that leaders must create plans to keep employees safe as well as consider both short- and long-term plans for operations in the region.

But experts worry that these issues may be overshadowing some other very important concerns that leaders must address. These include a pandemic that hasn’t let up in parts of the world, chronic employee shortages, and worker- and leadership-development programs that have been sidelined. “With so many big incoming issues and adversity, it is easy to forget the new leadership needed for this new, relentless, ever-morphing world,” says Kevin Cashman, Korn Ferry’s global leader of CEO and executive development.

Companies have had little choice but to postpone dealing with some issues, such as succession planning, leadership development, or even product development. “My sense is that companies and leaders are hitting pause while they react to urgent priorities,” says Evelyn Orr, Korn Ferry’s head of CEO and executive assessment for North America. But Korn Ferry experts see seven ongoing issues that need to stay on leadership’s radar:

Leadership topics that should not be put on hold

Cases have been falling in the United States, vaccines are making their way around the world, and a new pill is going into production that could mitigate the severity of COVID-19 and its variants. However, the virus’ latest iteration, BA.2, is spreading rapidly throughout Asia and Europe, and public-health experts believe it’s only a matter of time before it surges in the United States as well.

If the spread continues, experts worry that some firms may not be focused on its repercussions for their operations. That’s partly because many employees and leaders have grown tired of the lockdowns and other precautions of the past two years. Still, the new variant is estimated to be 30 to 50 percent more contagious than Omicron, which itself was far more contagious than the original virus. Experts say keeping employees informed about the virus—and taking firm steps—is mandatory. “Companies have an obligation to communicate,” says Ron Porter, senior client partner in Korn Ferry’s Global Human Resources Center of Expertise.

Workers still have the power.

The unemployment rate nationwide is 4.4%, close to generational lows, but in numerous regions of the country, it’s 3.5 percent or lower. At the same time, the Great Resignation is by no means over. There were 4.2 million voluntary quits in January, slightly fewer than in December 2021, but still 28% more than in January 2021.

Experts say the scramble for talent should be making leaders rethink nearly everything around the positions they offer: pay, hours, responsibilities, and locations. “Managers and leaders need to make sure that they are working hard to provide meaningful work for people, focus on advancement and training, and let people know that they are appreciated,” says Bill Sebra, a global operating executive for Korn Ferry’s Recruitment Placement Outsourcing (RPO) and Professional Search business. Don’t expect a recession to bring things back to pre-pandemic norms, either. “It feels like a fundamental shift, not a temporary market condition,” says Juliana Barela, vice president, and general manager of Korn Ferry’s RPO and solutions business in North America.

Leaders really want their people back in the workplace, and many of them are setting hard deadlines for employees to return to full-time in-office work weeks. But the numbers suggest this has become something of a standoff. After a surge in January and February, the number of workers returning the office has leveled off at about 40 percent, according to Kastle Systems, which monitors the number of people who swipe into office buildings in ten major cities across the US.

The problem, experts say, is that many firms haven’t made a real effort to ease the transition. Some employees aren’t comfortable returning to the office, others have moved farther away, and still, others have found they’re considerably more productive working remotely and don’t want to come back. “Being too firm and too definitive likely will not behoove leaders,” says Elise Freedman, a Korn Ferry senior client partner and leader of the firm’s Workforce Transformation practice. In the end, workers who feel they’re being pushed to return to pre-pandemic office life may just quit. “Our research shows employees will vote with their feet,” Freedman says.

“Remember the intensity and focus we had on digital pre-COVID?” says Dennis Baltzley, Korn Ferry’s global head of leadership development solutions. “It hasn’t gone away.” During the pandemic, organizations spent billions on technology to help make supply chains more resilient and sales channels more efficient, along with other improvement efforts. What firms often overlooked, however, is how the latest technologies could rapidly change not only how employees interact with one another, but also how managers should lead them. “This all means less reliance on structural solutions and planning, and much more of a focus on building trust and bridging the disruption for our workforces,” Baltzley says.

Some of these technologies—which include both digital tools, such as the metaverse, and newer forms of social communication, such as TikTok—could unleash new approaches to training, development, and building camaraderie, but very few people are talking about them, says Andrés Tapia, Korn Ferry’s global strategist for diversity, equity, and inclusion. And that omission is critical, given that technology will make some workers’ jobs obsolete even as it also allows other high-potential employees to excel. “Are you wrapping your arms around your top talent? Do you even know who your high performers are?” says Andy De Marco, Korn Ferry’s vice president of human resources for the Americas.

Cyberattacks: the mode of combat that could impact everyone, everywhere.

Just because there hasn’t been a successful major cyberattack outside Eastern Europe since fighting began doesn’t mean it won’t happen. This week, President Joe Biden warned of potential cyberattacks against US institutions and companies in retaliation for economic penalties imposed on Russia. “I think this is unfortunately a reminder of just how uncertain the global environment is,” says Lieutenant General (ret) William C. Mayville, Jr, a senior adviser to Korn Ferry’s Cybersecurity practice and a former vice commander of US Cyber Command.

Awareness of the problem isn’t enough, Mayville says. Executives should sit down with their security leaders and review action plans. They should test backup power generators and other systems that their organization will need in the event of an attack. It’s also a good idea to give employees at all levels a refresher on how to reduce the chances of a successful attack, Mayville says. “Many of us undergo regular cyber training. Why not do it twice?”

We are nowhere near done on diversity.

Many organizations are still looking for ways to become more diverse and inclusive, says Tapia. Now is not the time to let up on these ongoing efforts. Some experts worry that back-to-the-office efforts, along with the raises and promotions are thrown around during the Great Resignation, may unintentionally create gaps in pay and development.

As companies seek to bring people back to the workplace—and try to develop ways to attract and retain employees generally—they need to be mindful of how these efforts could affect a firm’s demographic makeup. “Leaders have to make sure their diversity and inclusion effort is not just a moment. It is forever,” says Divina Gamble, Korn Ferry’s sector co-leader for the firm’s Nonprofit Philanthropy and Social Enterprise practice.

Be ready for another crisis.

The war in Eastern Europe may end soon, and the pandemic may eventually fade, but something else likely will replace them—maybe a hurricane that levels a factory, or another war, or climate change. No one knows, but leaders have to expect and plan for challenges above and beyond ordinary competitive forces.

Crisis management is increasingly becoming a mission-critical skill that boards and CEOs are looking for, says Stu Crandell, global leader for Korn Ferry’s CEO and Executive Assessment practice. The best CEOs are not being reactive, Baltzley says. “They’re trying to create sustainable strategies to prepare for and address new crises, and building resilient and agile organizations that can weather them.”